Ancient China: The first mention of cannabis in recorded history.

Cannabis has been used medicinally for thousands of years, and ancient Chinese texts contain some of the earliest references to its healing properties in the famous Pen-ts’ao Ching.

The Pen-ts’ao Ching is an ancient compendium of Chinese herbal medical knowledge written in the 1st century A.D. and is the earliest record of cannabis as an effective medicinal plant. The book describes cannabis as a treatment for gout, rheumatism, malaria, and absentmindedness. Pen-ts’ao Ching also notes that cannabis can be used to make a tea that will “make one’s body light and nimble.”

Pen-ts’ao Ching is an important book because it shows that cannabis has been used as a medicinal plant for over 2,000 years and is a valuable resource for anyone interested in the history of medicinal cannabis use.

These findings suggest that cannabis was used in ancient China for medicinal purposes. This is in line with other historical evidence, such as references to the physician Hua Tuo using cannabis to treat pain during surgery leaving no doubt cannabis was used extensively in traditional Chinese medicine for a wide range of ailments.

Paintings also depict people using cannabis for leisure, indicating that its use was not limited to medicinal purposes. The discovery of these braziers adds to our understanding of the role that cannabis played in ancient Chinese society.

A Han Dynasty tomb in China has yielded an incredible discovery – a wooden brazier used for smoking cannabis. The brazier was found in the tomb of Hua Tuo, a celebrated physician from the Han Dynasty who lived around 2,000 years ago with paintings that also depicted people using cannabis for leisure, indicating that its use was not limited to medicinal purposes. The discovery of these braziers adds to our understanding of the role that cannabis played in ancient Chinese society.

The brazier is made of wood and carved in the shape of a dragon. It would have been used to heat cannabis leaves or flowers, which were then inhaled by the user.

This is an important “weed” discovery because it is the first time that such a wooden brazier has been found in an archaeological context. It provides a fascinating insight into the ancient practice of using cannabis for medicinal purposes.

Hash was not only used for medical purposes in the Middle Ages, but also as a recreational drug. The Arab physician and philosopher Ibn Sina (980-1037) wrote about people getting “stoned” on cannabis. He described one man who was so fond of the drug that he would ” gladly give up wine for cannabis.”

This full spectrum hemp extract in hemp seed oil starts the way all of our A.D. CBD starts – with our premium organic Colorado-grown hemp. We transport this hemp from its growing source and formulate it right here in WNC to complete the true seed-to-sale cycle. Full spectrum oils contain all cannabinoids with a maximum of .3% THC, leaving users with no psychoactive effects or ‘high’. Infused in Medium-Chain Triglyceride (MCT) Oil. 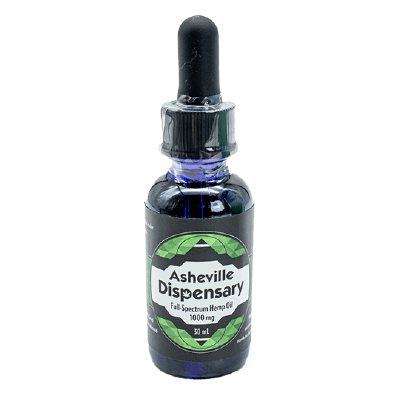